A downloadable game for Windows

New from Tales of the Renegade Sector…

Your Mission: To rescue the kidnapped humans across North American and stop the robot attacks

Your Enemy: The deadly Robot Empire and their mysterious new leader

The responsive controls, fixed 3D platforming, and multiple routes keep you in the flow of the game, providing hours of fun and making for a speed runner’s dream!

Praise for Thunder Kid I

“Thunder Kid is like a 3D Mega Man game in an alternate universe where Mega Man Legends never happened and the Sega Saturn won the console wars. Responsive controls and crisp, bright low-poly/pixel art visuals at a smooth framerate, with the sole exception of the final boss, which goes all in on the bullet hell elements teased in prior levels.”

“Really solid, clean, and fun arcade-action title with a lot of charm… one of my favorite action games I've played this year. ”

“…I can certainly see how this would be a speedrunner's delight.”

“‘Mega Man meets Crash Bandicoot’. Hidden gem is right. This is a fun behind the back shooter platformer that takes you down corridors of baddies. The bad guys are mixed and matched to make each scenario unique and increasingly challenging.”

In order to download this game you must purchase it at or above the minimum price of $9.99 USD. Your purchase comes with a Steam key. You will get access to the following files: 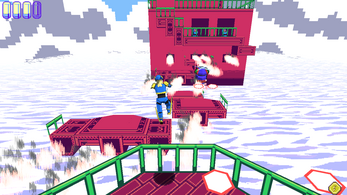 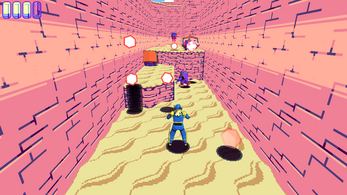 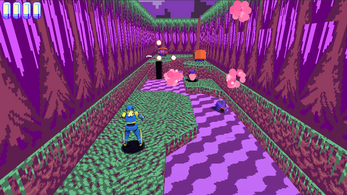 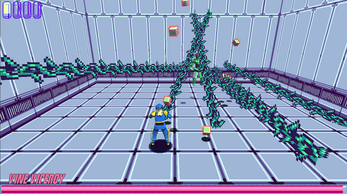 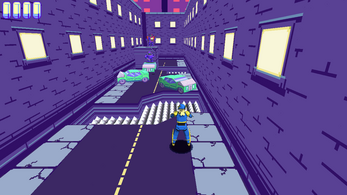 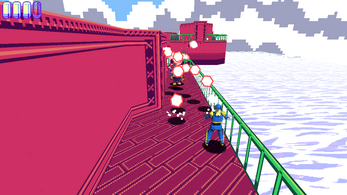