A downloadable game for Windows

Space Pirate Captain McCallery needs a Weaponmaster to round out his new crew, and he knows there's only one man for the job: Mark Two-Blasters. A former member of his crew, Mark Two-Blasters left a year before the rest of the crew mutinied, due to disagreements with some of the other crewmembers. He took a shuttle and flew to the planet Ograr III, one of the most dangerous planets in the sector, to spend time training in isolation.

In this 3D Action-Adventure game, McCallery will have to explore a dangerous world, battle prehistoric monsters, survive off the land, and search for his old ally. With how things left off, Captain McCallery knows that Mark Two-Blasters won't make himself easy to find. If McCallery wants Two-Blasters to rejoin his crew, he will have to prove himself in The Weaponmaster's Challenge

This episode of Space Captain McCallery is a self-contained adventure and can be played without having played the first episode. However, if you want to start at the beginning, the first episode can be found here:

Playing as Captain McCallery, you will travel through thick forests, rocky cliffs and dark caves. Pay attention to your surroundings, as danger lurks behind every corner. This world is full of hidden paths and secrets to reward exploration.

The Captain needs to eat to survive! Be on the lookout for plants which you can consume to regain your energy. Food items can have a variety of other effects, ranging from restoring health and increasing your dash length, to hallucinations. Explore your environment to find rare and beneficial items!

The game features fast-paced lock-on combat. Dash around your foes, dodging their attacks. Use your trusty laser gun to blast away at your enemies, or conserve your ammo by punching and throwing rocks. You'll be up against a variety of alien beings, including multiple boss fights.

For those who want an extra challenge, there's Survival Mode. Survival Mode removes checkpoints from the game, and also removes enemy and item respawning. This mode requires caution and careful item-use in order to make it through.

In order to download this game you must purchase it at or above the minimum price of $4.99 USD. Your purchase comes with a Steam key. You will get access to the following files:

I love your games! Can we have Linux versions of your games too? 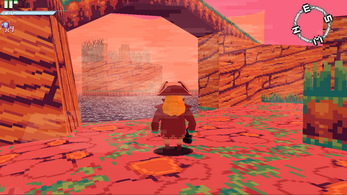 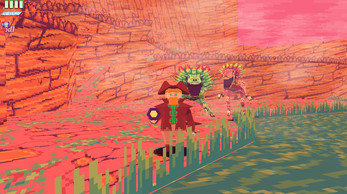 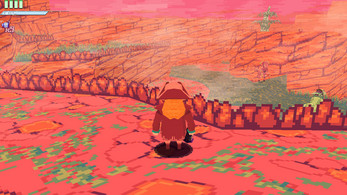 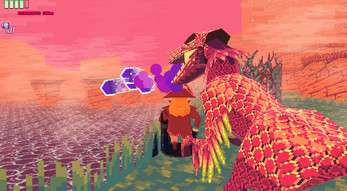 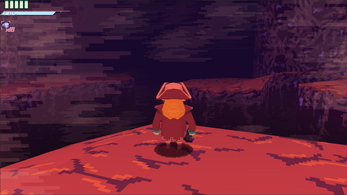 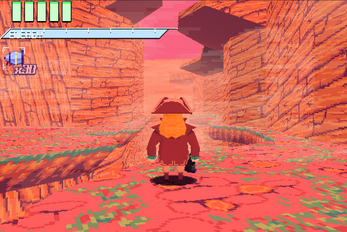