Help this game reach its goal

A downloadable game for Windows and macOS

Pursued through the ruined streets of Los Angeles, harried by a roving Kill Gang, perhaps it was simple survival instinct that drove you to seek shelter. But perhaps it was Fate which drove you to seek shelter in the offices of Wayfarer Inc. In their subterranean laboratories, you discover a machine which opens up a portal to another world. Wayfarer had just had enough time to send one expedition thought the gate before they had evacuated.

Seeking escape from the Kill Gang beating down the doors, you activate the device, open the portal, and step through...

You are greeted by a lush and dangerous world of verdant forest and acid lakes, rocky crags and networks of caves. Up on a high plateau, you see a geodesic dome shimmering under a pink sky. Perhaps if you can reach it, you may find the first expedition... or at least find out what became of them.

And All Would Cry Beware is a old-school-style fast-paced FPS with a Metroidvania structure. Explore a connected world, discover what became of the Lost Expedition. Find new guns which will allow you to reach new areas. Weave through enemy projectiles and take on fearsome bosses.

In order to download this game you must purchase it at or above the minimum price of $4.99 USD. Your purchase comes with a Steam key. You will get access to the following files:

i didn't know you could screw up basic movement in unity but here we are. Shame, because the game looks absolutely gorgeous but with the strange, stuttery camera movement i don't see myself playing it to the end.

great game!
i took the peaceful path at the end and i'm curious what the other one leads to! i'll probably replay it in a while, but if anyone did a playthrough where you beat (what i'd consider) the final boss i'd love to watch it!
made me read that poem that i guess is quite famous, but i'd never taken the time before.
edit: found the way to reload the last save and chose the 'bad' path, loved it!! definitely worth to try both of them out

not really a metroidvania... still pretty fun though

I'm guessing you didn't play past the first area, because it's only once you're in the wilderness when you have to do a lot of backtracking to use new firearms to open up previously inaccessible areas.

I have completed this game. There is no element of non linearity whatsoever. That's like saying pokemon is a metroidvania

Buddy it just sounds like you don't know what a Metroidvania is. MetroidVanias don't have to be nonlinear or  open world

Despite the openness of the game, progression is usually linear, with the more difficult areas separated by natural barriers such as high shelves, sealed or locked doors, or other obstacles that can only be bypassed by finding specific items or weapons. Among gamers, Sequence Breaking is a common stunt used to access these areas before the player is "supposed" to.

You are the one responding to a post made almost a year ago, just to act like a immature child who refuses  to admit they're wrong. You're the one that needs to grow up.  Pro Tip: Swearing doesn't make you a grown up.

Maximum turning rate on controller is insufferably sluggish... clicking "fullscreen" seems impossible... navigating menus with controller seems to work on some screens but not others and Start/Menu brings up something other than the menu that has to be dismissed with "A", not "B" or Start/Menu.

Hard to tell if the game is really enjoyable or not since input itself just doesn't seem built for humans.

And before someone decides to come in and suggest using mouse: considered it. Unfortunately tendonitis is a thing and mouse/keyboard is often not an option.

Really frickin cool! I love the artstyle a whole lot, and the metroidvania progression was done really well! When I got the rocketlauncher, I almost missed the fire orb because I nearly just rocket jumped to the end. I kind of ended up getting the flame orb by rocket-jumping into the area you're supposed to leave to get it too, oops. But yeah other than some sequence breaking glitches, really solid game, I loved the surreal enemies and all that. I also liked both endings alot, though I would have prefferred a level dedicated to the one where you eat the melon

Yo, I had almost the exact same experience, and I must have skipped a lot by jumping up slopes

This game's pretty good. I had a lot of fun playing it. Thanks!

Fun game. I had no frame rate issues compared to what others are reporting here. It froze momentarily a few times when I got to a new area for the first time, but I figured it was just loading.

The one thing that I both enjoyed and was a bit disappointed with was the fact you could rocket jump after getting to rocket launcher. All sense of level design is destroyed after you learn this and can practically bypass any obstacle with it (I even managed to reach the end of the game before getting the flame sphere). Speaking of the end of the game, when I first got there without the final weapon collected, I didn't even realize there was an entry point to load a new scene at the doorway to the bio dome. The rest of the dome can just be walked through so I thought the ending was literally just the last entry on top of the mountain since it felt like the dev wasn't expecting players to continue past that.

However, it's a good thing I went back through all the areas to explore and find any missed entry logs (including the one is out of reach without rocket jumping, and find the flame sphere), because I went back up the mountain and accidentally stumbled into the loading zone for the final area.

The choice between fighting for the melon or traveling to another planet was interesting. Of course I chose to fight first.

The boss was cool (and might I mention all the bosses were neat although I wished they had some more varied attacks), although the final one was very easy after trying the fire sphere on her (which I sure am glad for because every other weapon did very little damage).

I liked the epilogue to wrap up what happens when you get back to earth, although it wasn't really clear who the 'kill gang' was or why they were barbarians with shotguns and axes. Maybe I missed something, but that part confused me.

The other ending was neat, although much less satisfying. You walk through the portal and then slowly walk to the city in the distance and then... credits roll. No epilogue, no nothing. So I guess stealing the melon and bringing about the end of earth is the true ending?

Anyways, I did really enjoy the game, I wouldn't have written out this entire thing if I didn't. I hope the dev continues to work on bigger and better games. It was fun to explore the alien world of Xanadu

So i just got through this game in 35 minutes and i gotta say this was quite the game. I discovered i had this game from the bundle and got hooked on the graphics so i decided to play it.

First of all the Level Design in this is sublime and you always know where you need to head to. The implementation of the checkpoints was also done well. Maybe its just me but when i got the rocket launcher doing skips was kind of easy

The music was overal nice everywhere

There were plenty of enemies which seemed to all work great. And the bosses were also nice but could probably use some extra paterns.

my biggest critiques are on the GUI which was not that great to navigate. I mostly skipped all of the discs with the dialogues because i wanted to continue the adventure.

I see here that the price point is 10 USD which i think is a little too much for a game of this length because at that point you are competing with games like Terraria which provide atleast 100 hours of gameplay and more polish.

I want to like this game but agree with other posters that the default mouse sensitivity is super high compared to the walk speed. I had to turn it down to less than half -- half of its current default would probably be a good default for most players.

Also had the framerate go super low as soon as I got to the first outdoors area, to the point where I could barely move and had to quit.

The first area was solid though and had the kind of gameplay I really like from a Metroidvania, I plan on trying it again after some updates.

Could the default mouse sensitivity be reduced? Out of the box, this game's cursor jumps to ludicrous speed compared with other games.

Aw, this Half Life / Doom retro creation is a joy to play! Too bad the frame rate hits the fan as soon as ya step out into the sunlight :/

This is great. A good time all round. New content arrives at a good pace, all of the weapons feel useful in their own way, and the developer seems to have a solid grasp on what a good Metroidvania game is and why. The story even feels like something out of an old short story collection.

Unfortunately I got stuck. I beat the t-rex monster thing, accidentally fell down into the area before it's arena and ran into the checkpoint down there. There appears to be no way back out to the upper layer after the monster is defeated, unless there's a way to remove the stones blocking the passageway. Too bad, I was enjoying it! Also, having the ability to type in a number for the sensitivity rather than just a slider would be nice.

Reply
Tales of the Renegade Sector2 years ago(+1)

Depending on where you hit a checkpoint, you might still be able to progress.  The shotgun can open up some new passageways (the green netting).  If you post a screenshot of where you got stuck I might be able to help you out further.

The green netting was the piece I was missing. Thanks so much for the reply! Just finished up playing through and it was pretty dang enjoyable. I enjoyed how you structured the world with everything being in the same "level", but wrapping around in different ways after you unlock the different weapons.

Very low framerate also on lowest resolution after the tutorial. (specs: i5, 8GB RAM, gt740 2GB VRAM). It's bad that this kind of game (Low poly) isn't running on my machine :(

Always the same thing with 3D Unity Games. Some improvements like splitting the areas in lower pieces would improve performance very much.

Gets unplayably slippery after the tutorial. Any help?

Unfortunately the game has some performance issues on some computers.  I've heard that lowering the game's resolution can help.

So good! I love how exploring intertwines with the weapons you acquire.

This game was pretty rad, much enjoyed

Thanks you for this very cool game !

Loved this game so much! So creative! Is the soundtrack for sale anywhere? It slaps.

Reply
Tales of the Renegade Sector2 years ago(+1)

Thanks so much!  And, yes, the soundtrack is available on Bandcamp: https://alecstamos.bandcamp.com/album/and-all-would-cry-beware-soundtrack

Reply
Tales of the Renegade Sector2 years ago 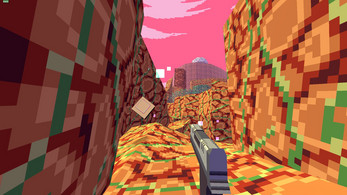 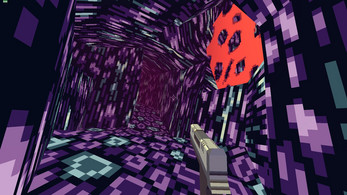 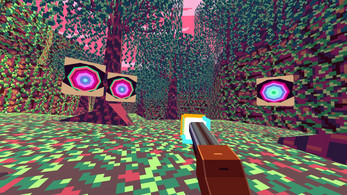 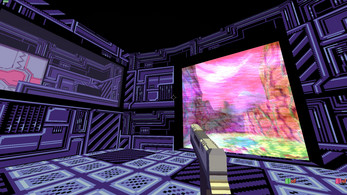 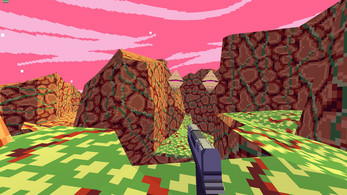 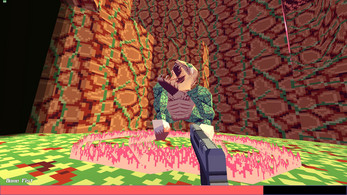